Why Keywords Do Not Cut It on Social Search

Most of the online search is keywords-based. Same in social domain, a vast number of analytical tools, networking platforms and mobile apps use keyword-based technologies as well.

Consider a basic example: finding on Twitter who is interested in buying jeans. We can start by typing ‘jeans’ but that brings up too much noise. Maybe ‘need jeans’? Less noise but then we  people who use expressions like ‘looking for jeans’ or ‘want jeans’ or shopping for jeans’. Not to mention those who use ‘denim’, or brand names. So we have to run multiple searches or create a complex search string using logical AND and OR and hope it works. Neither option is simple, or convenient, and certainly not efficient.

The above example highlights the major flaw with keyword search - it does not capture the meaning of social conversations, and therefore cannot be a reliable source of information about conversations.

So as long as we stick with keyword-based social search the results are destined to be limited.

Why, then, we stick with keyword-based search in social search? Simply because there is no good alternative. Until recently, that is.

The advanced semantic technologies capable of capturing the meaning, or intent, of conversations are now offering an exciting alternative.

I will discuss these technologies on my next blog.

AI unmasked: How a chatbot is different from a voice bot 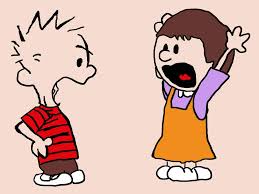 The main difference is in the linguistic complexity.

People express themselves differently when they speak compared to when they type. When we speak we use more sentences and we make our sentences longer.

As a result a voice bot needs to have better AI compared to a chatbot, in order to handle a conversation and deliver the same customer experience.

If your business model allows it, is better to start with a chatbot and add a voice bot on top of it.

This way you can gradually increase the complexity of your AI without compromising on your customer experience.

WHY LONG-TERM SUCCESS OF YOUR BUSINESS DEPENDS ON CONVERSATIONAL AInmodes.com
READ MORE

The Curious Case of AI Technology

The notion of Artificial Intelligence has been around for a while.

Yet, unlike other prominent technological innovations such as electric cars or the processor speed, its progress has not been linear.

In fact, as far as industrial impact is concerned, there were times when allegedly there was no progress at all.

The widespread fascination with AI started several generations ago, in 80-s of the last century. This is when a pioneering work of Noam Chomsky on computational grammar led to a belief that human language capabilities in particular, and human intelligence in general, can be straightforwardly algorithmized. The expectation was that the AI-based programs will have a significant and lasting industrial impact.

But despite unabridged enthusiasm and significant amount of effort the practical results were minuscule. The main outcome was disappointment and AI become somewhat of a dirty word for the next 20 years. The research became mostly confined to scientific labs, and although some notable results have been achieved, such as development of neural networks and Deep Blue machine beating acting world champion in chess, the general community was largely unaffected.

The situation started to change about 5-10 years ago with a new wave of industrial research and development.

We now experience somewhat of a renaissance of AI with bots, semantic search, self-service systems, intelligent assistant programs like Siri are taking over. In addition, optimists of science are bragging confidently about reaching singularity during our lifetime.

The progress this time seems to be genuine indeed. There are indisputable breakthroughs, but even more impressive is the width of industries adopting AI solutions, from social networks to government services to robotics to consumer apps.

For the first time AI is expected to have a huge impact on the community in general.

There is this vibe around AI which hasn’t been felt in years. And with power comes responsibility, as they say, - prominent thinkers such as Stephen Hawking raised their voice against the dangers of powerful AI for humanity. Still, as far as current topic is concerned, this is all part of the vibe.

Despite all the plethora of upcoming opportunities, it is important to observe that we are yet to advance from anticipation stage. AI has not became a major industrial asset, an AI firm has not reached a unicorn status, and despite the fact that major industrial players such as IBM are pivoting towards  fully-fledged AI-based model it has not manifested itself in business results.

We are still waiting for AI-based technology to disrupt the global community.

The overall expectation is that it is about to happen. But it hasn’t happened yet.